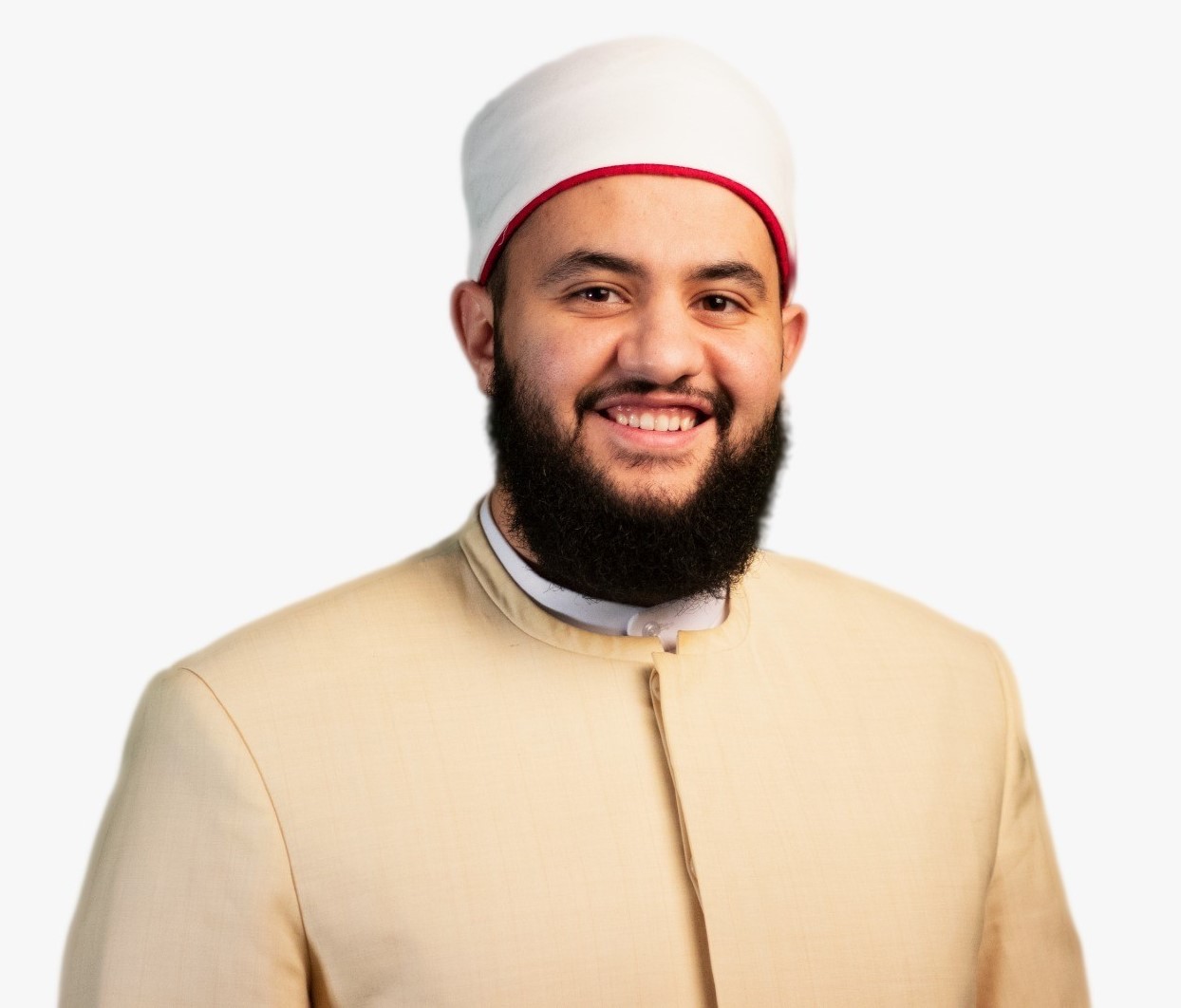 Imam Mahmoud Khalifa PhD graduated from Al-Azhar University, majoring in the fundamentals of Islamic Jurisprudence and theology. Currently, he is the president of (ECI) Edmonton Council of Imams, the Resident Imam of Al Rashid Mosque, and he is an Associate Professor at the Islamic University of Minnesota.

He was appointed as a member of the Al-Azhar Fatwa Council in the Al-Munoufya province at the age of 24. During this time, he continued his studies in Fiqh and Usul Al-Fiqh and received ijazah (license) to give Fatawa. Imam Mahmoud holds an Ijazah in all 10 Major and Minor Qira’at (Different variants of recitations). In addition, Sheikh Mahmoud holds Ijazat in the major Hadith books, such as Al-Bukhari, Muslim, Muwatta, and Al Tirmidhi, and has studied these through a chain of narrators. Shiekh Mahmoud also teaches and gives Ijazat in Hadith and Fiqh and Usool to many students. 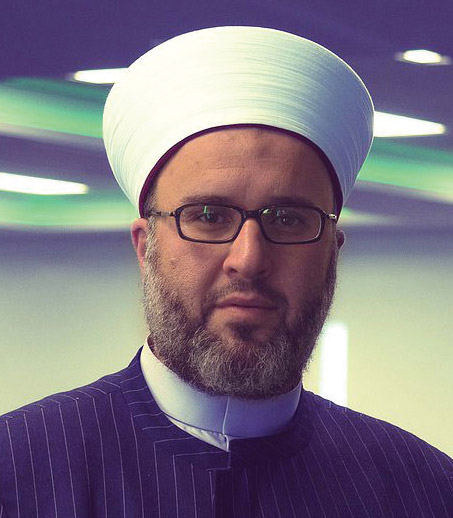 Imam Dr. Jamal Taleb was born in Tripoli Lebanon, he has been serving as an Imam, Educator, and Consultant in Canada for almost 25 years in different religious and educational institutions. He is an academic scholar, a spiritual leader, a teacher, and a Community Developer. He is married and has three daughters and one son.

Dr. Taleb’s academic specialty is in Islamic studies and Law as well as Arabic literature. In addition to the academic degrees known as Ijazah (bachelor’s degrees in both fields), he holds a Master’s degree with High Honors from the University of Tripoli, Lebanon, and a Ph.D. in Islamic Law from the Islamic University of Beirut, Lebanon.  His Doctorate in Islamic Studies was under the title of:  “Family structures between Shariah and Canadian Laws; A comparative Study”.  Imam Jamal is a board member of the Canadian Council of Imams and Representative of the Lebanese Dar-AlFatwa in Canada.

Dr. Taleb has been educated in Arabic. He received intensive training and learning in many Islamic disciplines including Aqeedah, Fiqh, Usul-ul-Fiqh, Maqasid, Tafseer, Seerah, Qur’an and Hadith Sciences and ‘Ulum al-Lughah. Both His Ijazah and Graduate Shahadat are in Fiqh – Islamic Jurisprudence – and Usul-ul-Fiqh – Fundamentals of Jurisprudence. Dr. Taleb has been representing the Muslim community in Canada and abroad at many Multi-Faith Councils and in the continuous Interfaith Dialogues. Dr. Taleb lectures mainly in English and Arabic. He appears occasionally as a guest and consultant on local and national TV networks both in English and Arabic. 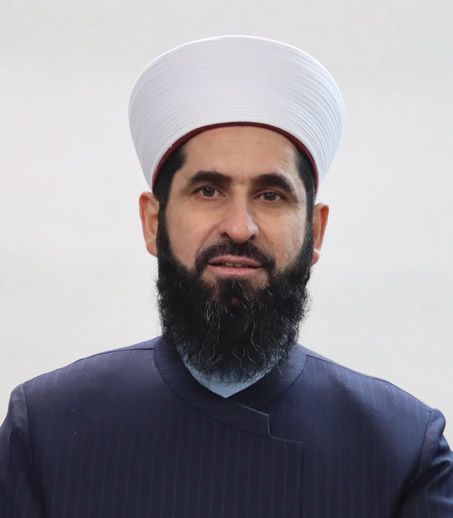 Imam Ali Jomha was born in Canada and has been serving as an Imam and Da3eya since 1996. Imam Jomha holds a Bachelor degree in Arabic and Islamic Studies from the Al Azhar University, and a Master Degree in Islamic Shariaa from the University of Tripoli and is currently pursuing his Ph.D. in Islamic studies.

He is a member of the Shura Council in Markaz Al Islam in Fort McMurray. As the counseling Imam of the Al Rashid Mosque; he is responsible for family counseling with a focus on youth to ensure their characters are shaped in an Islamic way.  Shaik Jomha will also invest his efforts in community outreach, development, and Dawa. 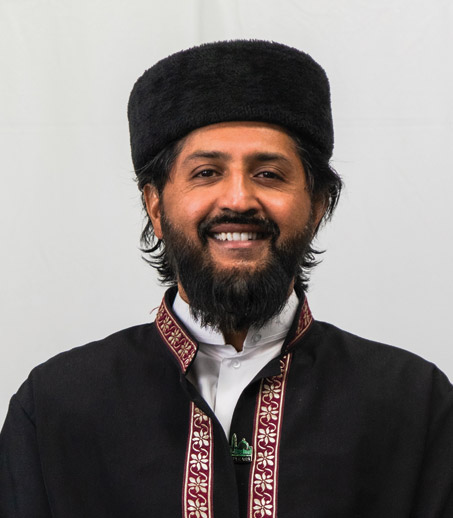 Imam Sadique Pathan is a community leader, spiritual counselor, registered social worker, and therapist. He is the Outreach Imam of Al Rashid Mosque in Edmonton, Alberta. He is also the Head of Outreach Public Relations and Media (Western Canada Region) for Islamic Relief Canada.

Moreover, Sadique Pathan recently started providing counseling and therapeutic supports through his private practice with Q and A Associates. He is also employed as a behavioral health consultant for the Edmonton Southside Primary Care Network focusing on providing mental health supports for patients struggling with different psychosocial challenges. 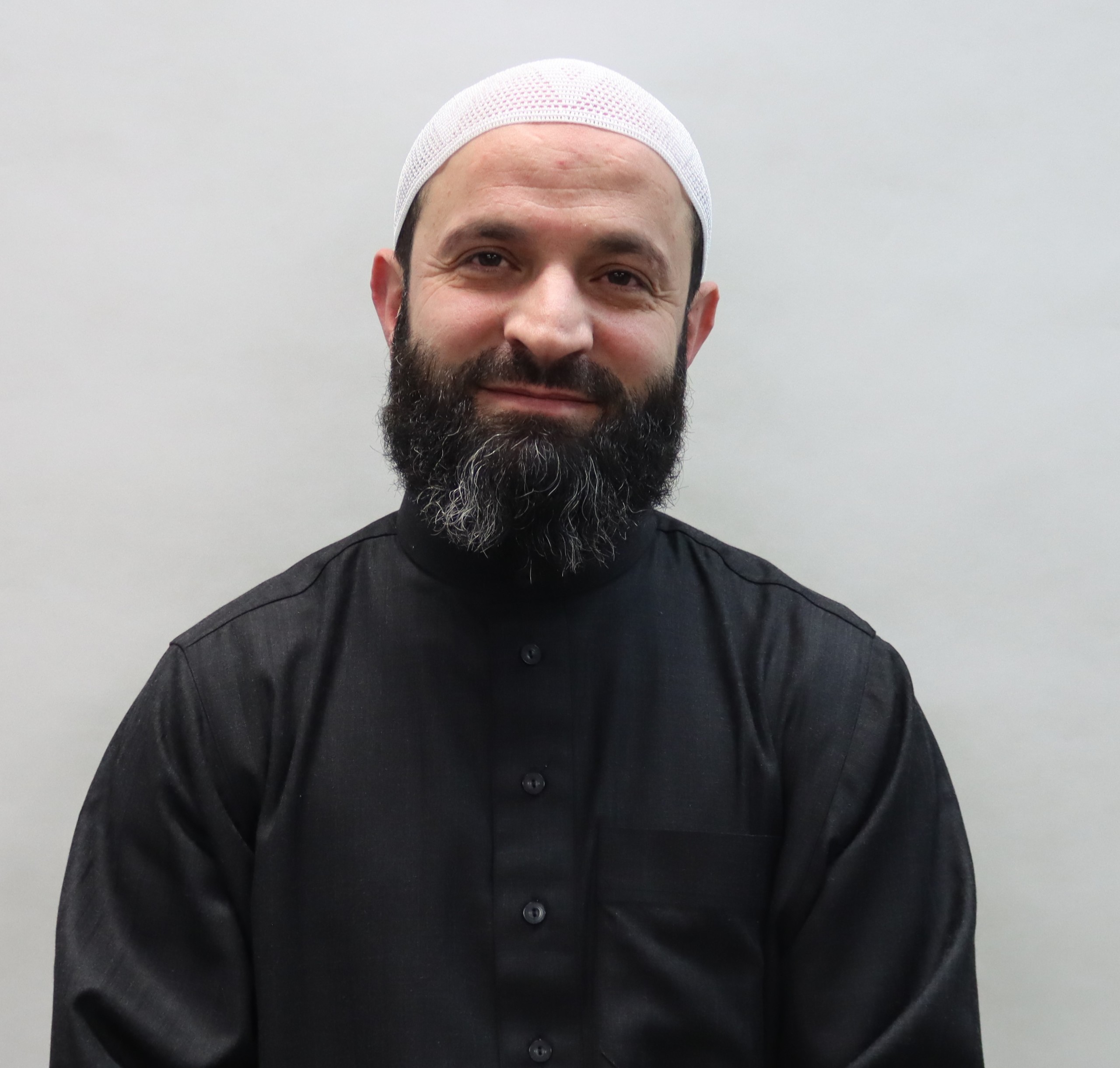 Imam Ahmad Badawi started learning his journey in Islamic studies and memorizing Quran at the age of 10; he was able to full memorize Quran at the age of 12. Shaik Ahmed continuous to purse his studies in Hadith, Tafseer, and Tajweed which enabled him to land the job of the Imam and Quran teacher of Maskid Al Jadid in Hama, Syria at the age of 20.

Since then, Sheikh Ahmed has devoted his life to teaching Muslims the art of recitation and help them in their journey to memorize the full Quran. He was awarded the SANAD award in 2009. Shaik Ahmad found Imam Al Shatibi Institute in 2011 and has been the director of this fast-growing Islamic institute since then. 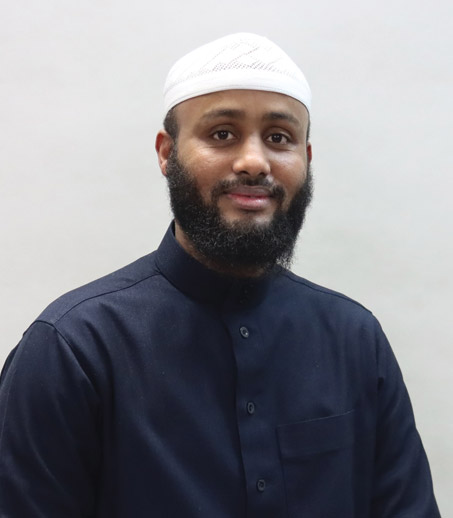 Imam Said was born in the city of Kismayo in southern Somalia, he started his journey memorizing the Quran at the age of 8 under the teachings of Sheikh Ali Hassan and completed his memorization at the age of 12.  He later moved to Egypt and joined Al Azhar high school where he graduated and later on attended Al Azahr university where he earned his bachelor’s degree in Dawa and Islamic Culture.

During his studies in Egypt, he served the Muslim community through many different Mosques and expanded his knowledge in different fields of Islamic studies with many renounced schoolers. Sheikh Said moved to Canada in 2018 and has been serving the Muslim community in the Al Rashid Mosque. He is currently seeking his Master’s degree from the Islamic University of Turkey. 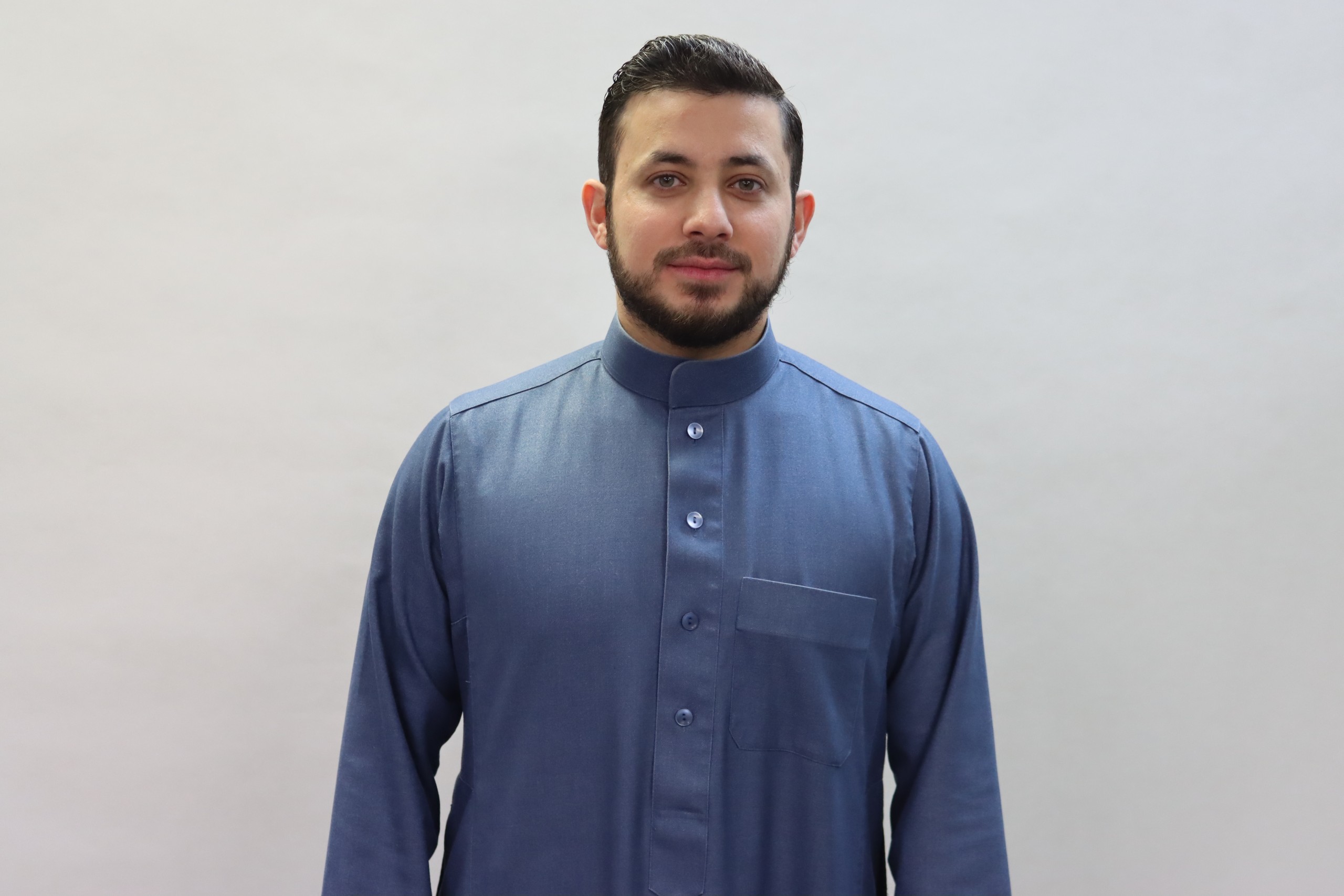 Imam Nazih Yafi is Canadian born of Lebanese descent. In 2010, he received his Bachelor of Islamic Studies from Jinan University in Tripoli, Lebanon. He has numerous Ijazat in Quranic recitation, including Hafs an Aasim, Shu’bah an Aasim, and Qalun a Nafi’. He continues to pursue Ijazat in other recitations.

Previously, Imam Nazih served as an Imam in Sydney, Australia. He also served as an Imam, a teacher of Quran and Arabic as a second language, and a coordinator of Islamic Studies in Montreal, Quebec.

Imam Nazih teaches Islamic Studies, Quran, and Arabic as a Second Language at the Edmonton Islamic Academy; and teacher/director of an afterschool Quran Club under Imam Al Shatibi Quran Institute. Furthermore, he is responsible for leading Maghrib and Isha prayers daily at Al Rashid Mosque and leading Taraweeh and Qiyam in Ramadan. 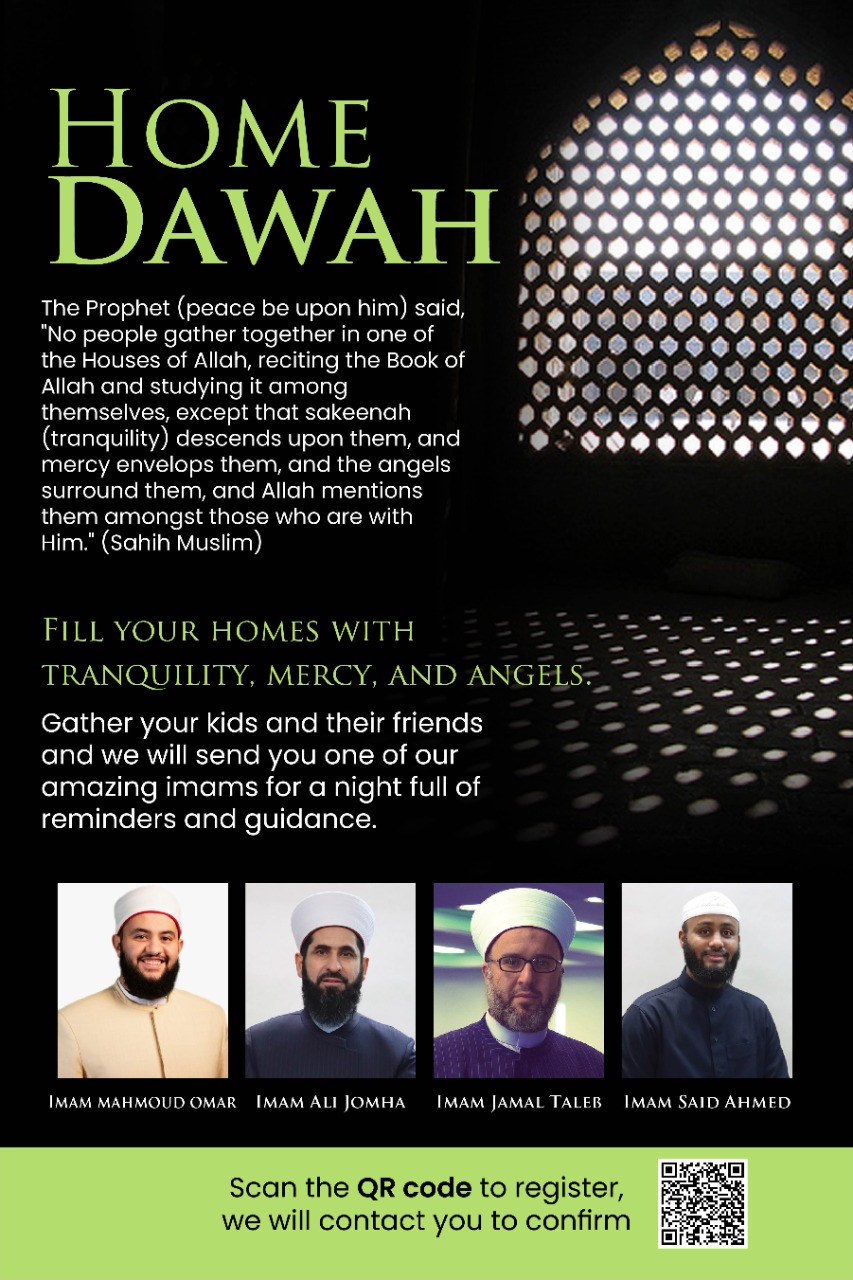 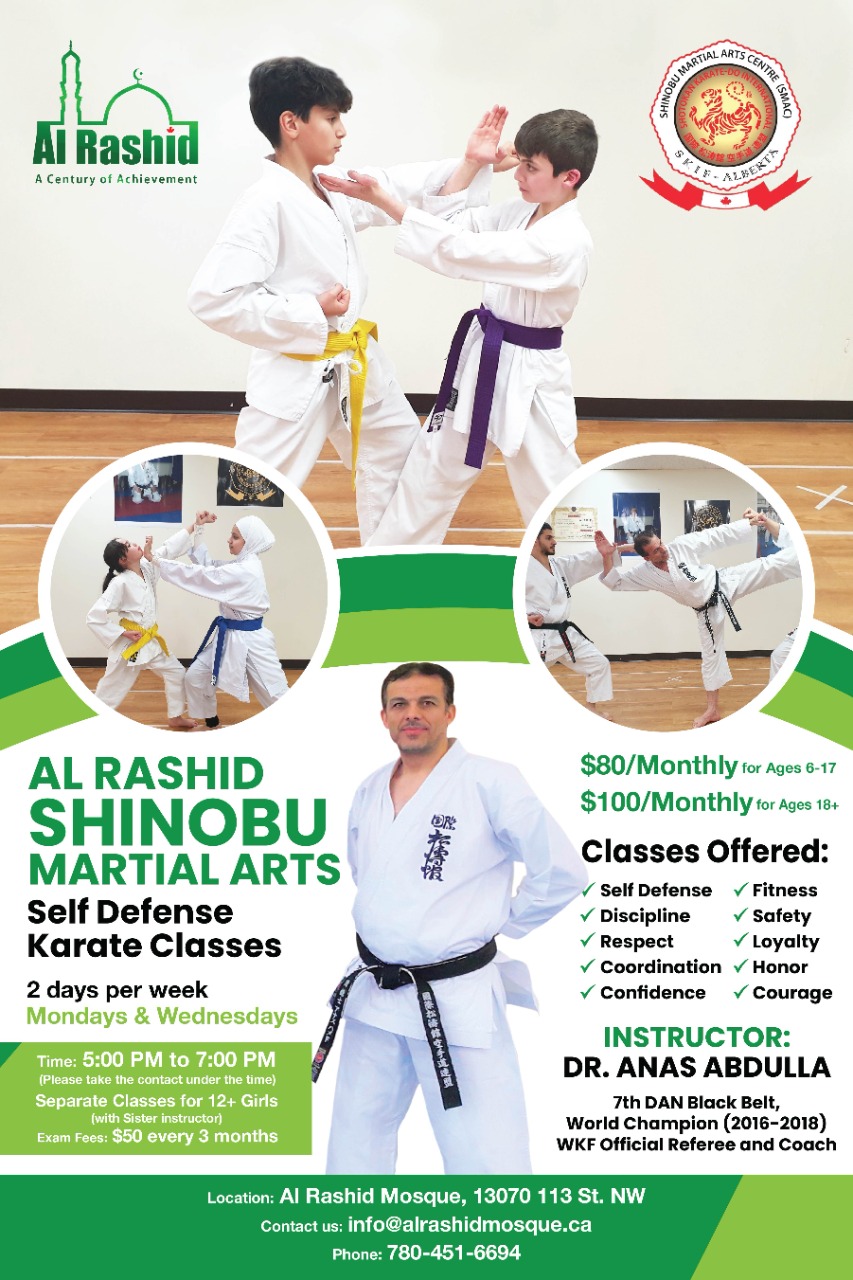 Sign up to receive news and updates
on our programs and service.

Our user friendly calculator can help you
determine and pay your exact amount of Zakat.